This is one of the ten basic connect-the-dot puzzles printed onto Dotto Lotto postcards. Many participants responded to this particular puzzle with pizza-like images. (Maybe not surprising considering the large number of New Yorkers joining in the project.)

THE ICOSAHEDRON
The artist chose connect-the-dot puzzles based on the stellations of the icosahedron because it is the basis of the architectural structure of viruses. The icosahedron is also one of the five Platonic Solids -- geometric solids in which all faces consist of identical regular polygons and all angles are equal. Plato had attempted to relate each of the Platonic Solids to the five elements that he believed were the building blocks of the universe. Researchers classify viruses by the structure of their capsids (the protein shell that encloses the virus’ genetic material); the majority of viruses have either helical or isocahedral structures.

The artist's choice of the icosahedron is quite apt considering the “viral” nature of the animation video, where (1) the still images on postcards come to life, i.e., are animated, by the artist’s act of “connecting” them to similar postcard images in a stop-motion animation video; and (2) the video itself “grows” as the postcard images become video frames and are added to each preceding frame. 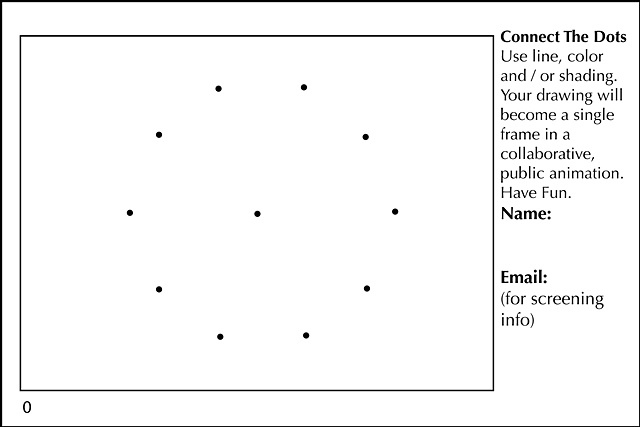