DJ Lightbolt (Nicky Enright) is a multi-media artist whose work explores the theory and practice of borders, and the intersection of image and sound. His work resides at the crossroads of audio and visual media. His art is exhibited internationally at venues such as the World Bank and the Art Museum of the Americas in Washington D.C., the Select Fair at Art Basel, Miami, and the Emerson Gallery Berlin, in Germany. He has executed numerous commissions for clients such as the Smithsonian Institution, and NASA, in Washington DC, and he is a fellow at A Blade of Grass foundation. He was an apexart Global Fellow based in Bangkok, Thailand. He is a polyglot and multi-instrumentalist that presides over nightlife and performs for art happenings worldwide. He earned a BFA from The Cooper Union, and an MFA from Hunter College. Born in Guayaquil, Ecuador, he lives and works in the Bronx, NY. http://www.lightbolt.net/

Adriel Luis is a self-taught musician, poet, curator, coder, and visual artist who believes imagination is key to transforming cultural paradigms. Originally from the California Bay Area and recently living in New York City and Beijing, Adriel is currently based in Washington DC as the Curator of Digital and Emerging Media at the Smithsonian Asian Pacific American Center. He is also a part of iLL-Literacy – a digital funk band that has been featured at SxSW, Brooklyn Academy of Music, and scores of stages nationwide. Prior to his work at the Smithsonian, Adriel helped pilot OneBeat – a U.S. State Department initiative that engaged artists from dozens of countries to convene in cultural diplomacy through music, and Bombshelltoe – an online platform dedicated to bridging nuclear issues with pop culture. Adriel frequently travels to different parts of Asia with particular interest in how digital space shapes global communities, and how varying levels of freedom of expression channel artistic political imagination. Adriel can be found across online platforms as @DRZZL. http://drzzl.com/
PREV / NEXT   1 / 2
BACK TO SILK ROAD REMIXED... 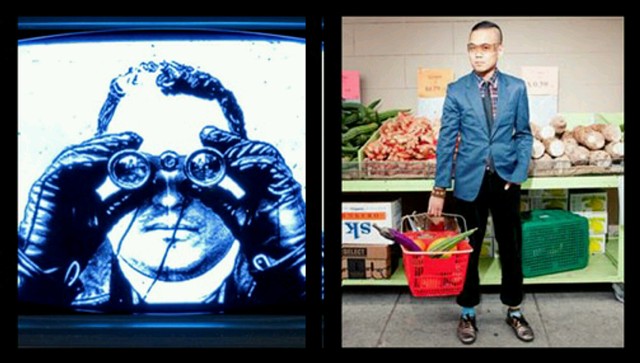