"Treasure Island" alludes to the high seas explorations that took place during the Age of Enlightenment on through the Romantic Era, the navigating and mapping through dangerous waters to discover strange new worlds, peoples and goods. The discoveries made during these times allowed Europe to make advances in science and technology, paving the way for industrialization and eventual modernization. These advances also involved subjugating prior inhabitants and colonizing these lands, which greatly increased the wealth and power of the European countries. Sunsets, beaches, ships and nautical apparatuses like ropes and maps appear in "Treasure Island" along with images reflecting what was lost due to imperialism.

The title for this exhibition comes from Robert Louis Stevenson’s 1883 children’s novel of the same name and a tale of moral ambiguity. In this seafaring adventure set in the 1700s, men and boys sail on a ship mostly crewed by disguised pirates to an island in search of buried treasure, using a found map marked in red ink with three crosses and the words: "Bulk of treasure here." 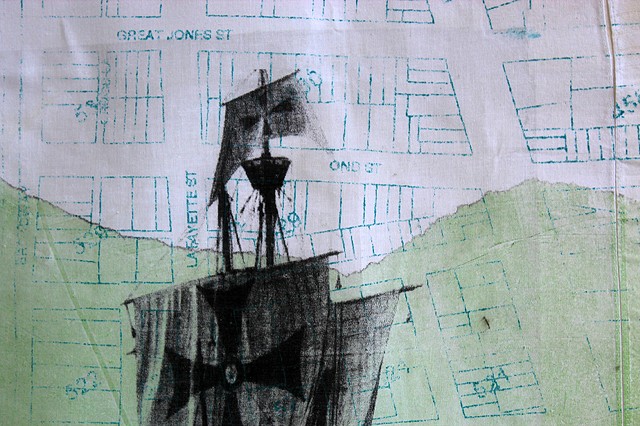