The Washington Post featured Ctrl+P among the "Best of 2012" in its year-end review of art, theater and dance in DC: "Customary expectations for prints were literally blown up by this wide-ranging group exhibition.... Beside more recent techniques and technologies, the selection included examples of such traditional forms as woodcut and letterpress. The attitude, however, was experimental and contemporary."

And the Huffington Post announced Ctrl+P on the front page of its Arts section with a banner headline and image: "NEW DIRECTIONS; Groundbreaking Group Printmaking Show Debuts."

I very much want to thank everyone at the AAC, Kristina, the amazing artists who worked with me and also the fantastic print organizations we featured: Dieu Donne Paper Mill, Parkett Publishers, Kayrock, Center Street Studio, Shark's Ink and AS220 Community Printshop of Providence. 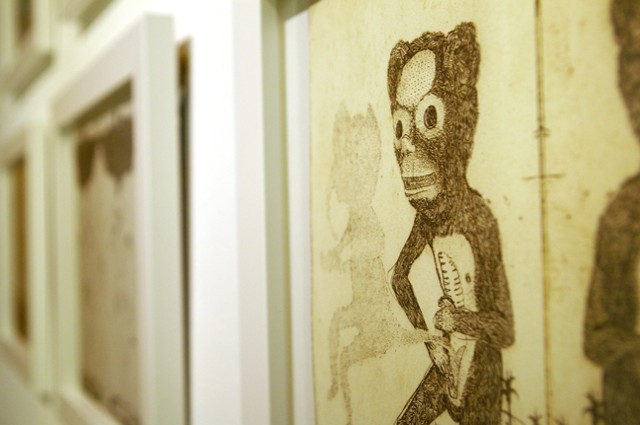